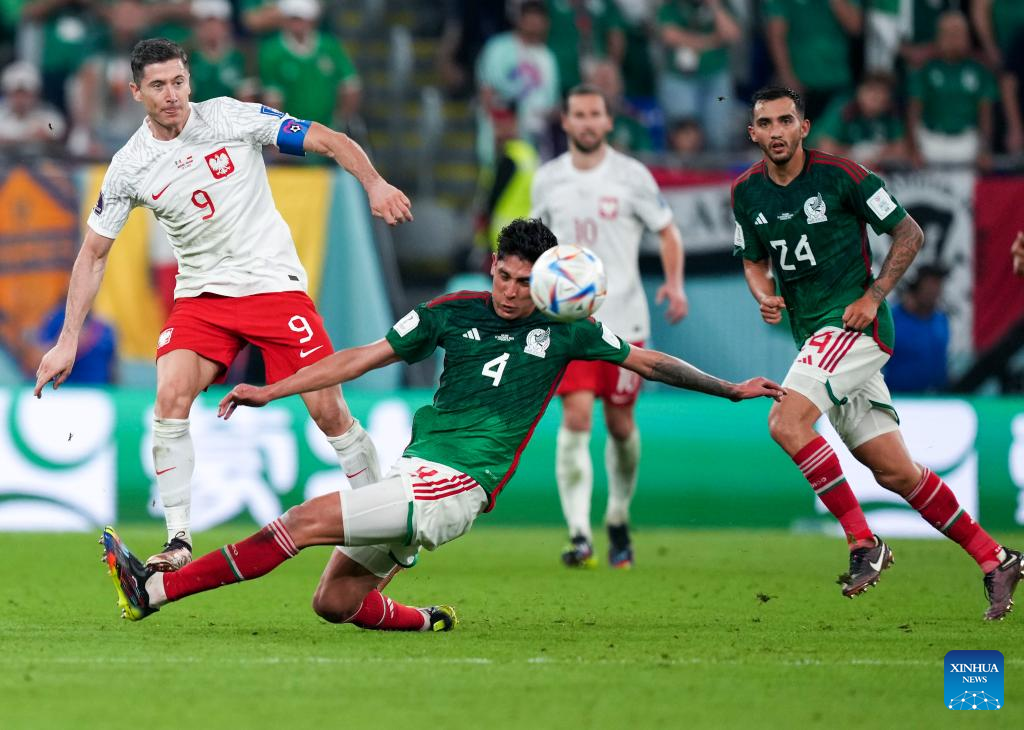 
Mexico goalkeeper Guillermo Ochoa, who was appearing in his fifth World Cup, saved Poland's record scorer Lewandowski's penalty in the second half.

"I watched many videos to learn Lewandowski's habit of shooting penalty," said the 37-year-old. "Luckily I chose the right direction today."

Lewandowski scored 76 goals in 134 games for Poland, but still needs to wait longer for his first World Cup finals goal.

"I know how much he wanted to score in the World Cup," said Poland coach Czeslaw Michniewicz, adding that Lewandowski didn't miss a penalty in Monday's training. "But this is football, great players also miss penalty sometimes."

Mexico are unbeaten in their last seven opening match of the World Cup with five wins and two draws.

Mexico showed plenty of aggression in the first half but had little to show for it in terms of clear-cut opportunities, while Poland were solid at the back but lack of decent attacking football.

The only shot on target in the first half was from Mexico's Luis Chavez, whose strike from outside the box was saved by Wojciech Szczesny.

Poland were awarded a penalty after a VAR check for a foul on Lewandowski in the 56th minute, but the Polish captain fluffed it.

Henry Martin went close to break the deadlock for Mexico when his header from the center of the box was denied by Szczesny in the 64th minute.

Mexico will next play on Saturday against Argentina, who were shocked by Saudi Arabia 2-1 in an earlier match. Poland will face group leaders Saudi Arabia.

"It's unexpected that Argentina lost the game, but they are still among the favorites to win the championship. We must play more clever in the next match," said Mexico coach Gerardo Martino.