Editor's notes: Regular exercise is an essential part of a healthy lifestyle. But the outbreak of the novel coronavirus has kept millions of people from partaking in outdoor activities since late January. Since then, indoor workouts have become an important way to keep healthy and protect against illness, especially during a critical time like this.

In this series, we're showing some of the most popular traditional Chinese indoor exercises which have been practiced for centuries, and proven effective for health and fitness. 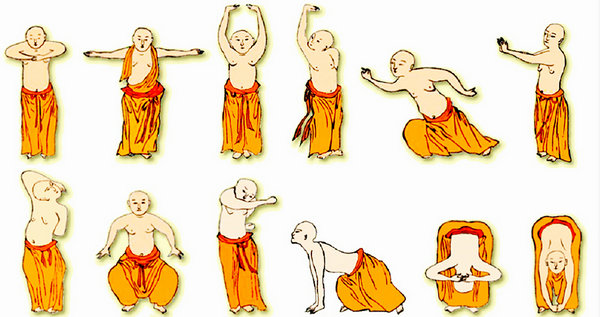 This photo shows an illustrated explanation of the Shaolin

qigong exercise in standing posture. There exist other versions of Yi Jin Jing

in sitting postures. Both are easy to learn and suitable for the office, the home and even a hospital ward. [Photo/tmall.com]

He used the kung fu sutra in the plots of two of his well-received Wuxia novels: Xiao Ao Jiang Hu, aka Smiling Proud Wanderer, and Tian Long Ba Bu, aka Demi-Gods and Semi Devils.

Both have been adapted into TV and film hits several times in Hong Kong and the Chinese mainland since the late 1980s. 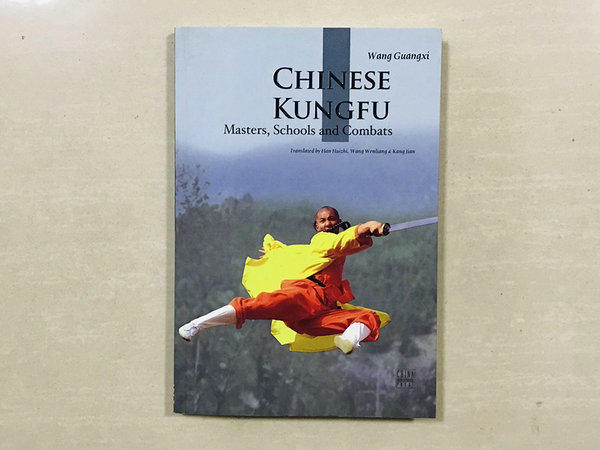 exercise is widely considered, by kung fu masters and swordsmen in the fictional kung fu world, one of the two fiercest techniques of the Shaolin

Proper practice of the skills, it is said, even in a short period of time, can turn a normal person into a grandmaster of martial arts. If one completes all nine stages of attainment of the Yi Jin Jing

sutra, he or she would be utterly unbeatable in the kung fu world.

Of course, the author exaggerated and mystified the power of the exercise in his storytelling. But the manuscripts were not fabrications—the two sutras really existed.

has survived with full text and complete illustrations. Some claim to have retrieved the basic techniques of Xi Sui Jing by piecing together fragmented information from various classical texts, but their efforts have yet to be widely accepted.

exercise doesn't require much space or time either.

With 12 well-designed sequences of movement, the Yi Jin Jing

exercise is widely practiced for building up one’s stamina and inner strength, and promoting one’s perseverance and peak performances both physically and mentally. 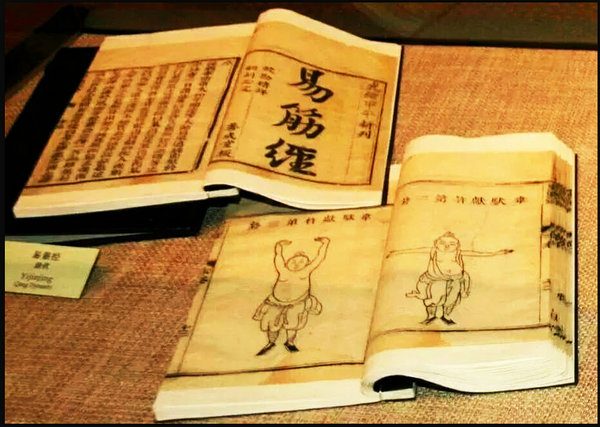 This photo shows a set of reproduced Yi Jin Jing

In ancient times, average people did the Yi Jin Jing

exercise for health and longevity. But kung fu practitioners do it in different and more difficult ways, hoping to hugely enhance their martial capabilities.

For example, when it comes to breathing, a normal practitioner, especially a beginner, would be advised to take a safe and comfortable approach: relax the body and limbs, and breathe naturally during the whole exercise.

. They would inhale deeply, then hold their breath while trying to stretch certain muscles and tendons, and in the end they would relax and exhale very slowly.

If a normal person does the exercise properly, he or she feels refreshed and energized afterwards. If one feels tired or exhausted, or even uncomfortable, he or she must stop practicing immediately or consult with a qualified coach.

exercise has gained traction among Chinese of all ages, thanks to Jin Yong’s wuxia novels and the Shaolin

, vigorously at home and abroad.

There are more than 60 types of Yi Jin Jing

exercises circulating in contemporary China, differing in lengths, stances and postures. Thousands of health and fitness clubs in the country have been teaching classical techniques，Yi Jin Jing

being the most favored course.

In 2016, the Tiantai county people’s government in East China’s Zhejiang province officially declared Pingqiao, a mountainous town under its jurisdiction, a “YiJin Jing Township”, with Zhangjiajing village at its center.

It is widely believed that Zong Heng, a Ming Dynasty (1368-1644) Taoist priest, invented the Taoist version of the Yi Jin Jing

qigong exercise while he lived in a cave on Mt. Zining, where Zhangjiajing village is located.

At least 30,000 local residents in and around the “Yi Jin Jing

qigong exercise. They put on massive performances for tourists. 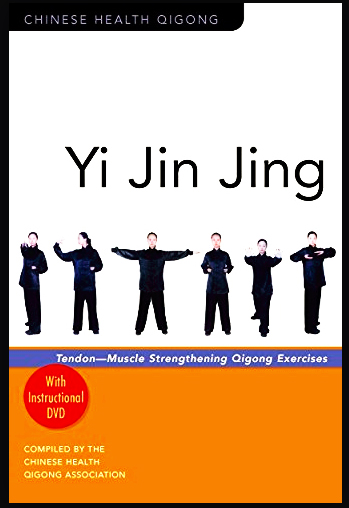 The English edition of a coursebook about the Yi Jin Jing

Besides the popular Buddhist and Taoist versions, there is also a modified version of Yi Jin Jing

The English edition of the Yi Jin Jing

exercise, compiled by the China Health Qigong Association, is available in major online bookstores, along with DVDs.

In addition, some Yi Jin Jing

enthusiasts and coaches upload performances or brief tutorials onto video streaming platforms such as YouTube for free viewing.