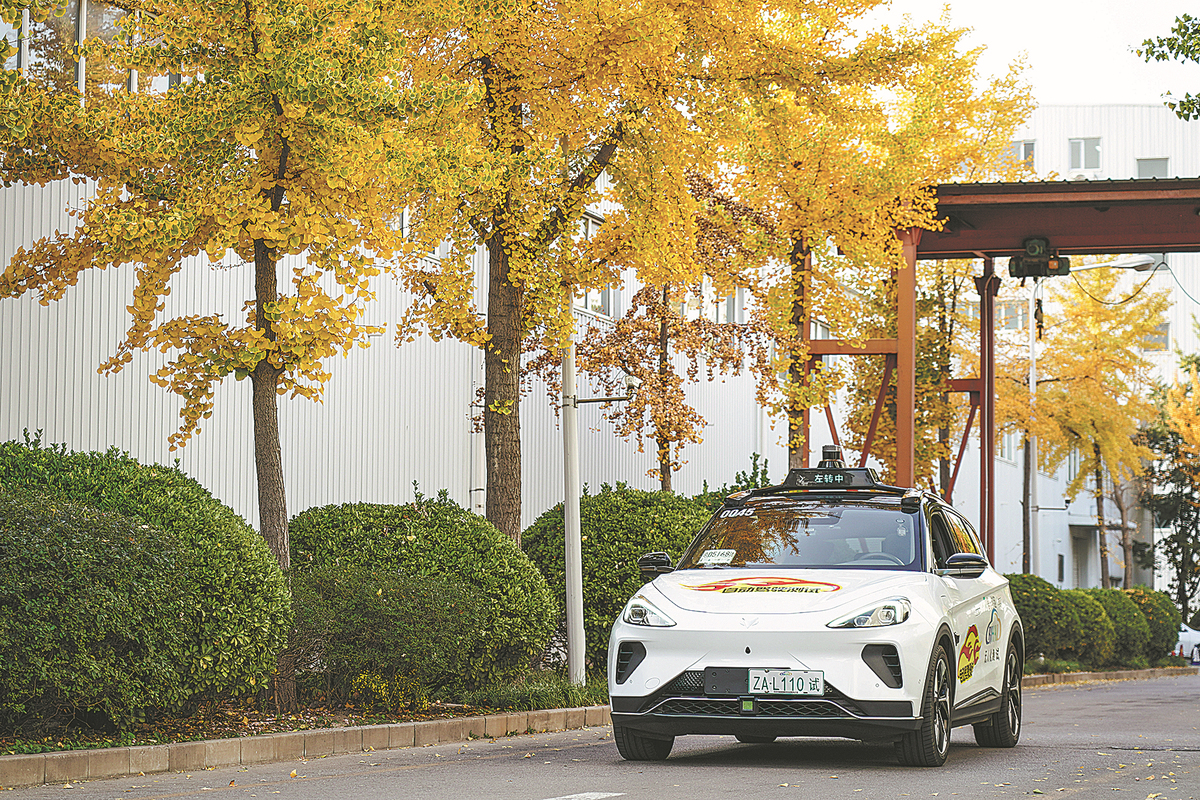 Beijing granted the latest autonomous driving permits to two robotaxi operators — Baidu Inc and Pony.ai — on Tuesday that for the first time allow for the absence of a human

safety operator from the front seat on public roads in the capital, marking a significant step toward the commercialization of fully self-driving technology, experts said.


With the permits issued by the head office of the Beijing High-Level Automated Driving Demonstration Area, the two companies will provide up to 10 autonomous vehicles each in a designated area of 60 square kilometers in Yizhuang, a southern suburb of Beijing. A human safety operator will now sit in back seats in such vehicles to ensure safety.

In April, both Baidu and Pony.ai received permission to offer driverless robotaxi services on open roads in Beijing with no human safety operator behind the steering wheel. However, at the time a backup driver should be seated in the front passenger seat to take manual control in case of an emergency.

"The permit is of great significance in further accelerating the large-scale commercialization of autonomous driving technology across the nation," said Zhang Xiang, a researcher at Jiangxi New Energy Technology Institute, adding that other first-tier cities, such as Shanghai and Guangdong province's Guangzhou, are expected to follow Beijing and allow similar driverless road tests in the near future.

Zhang called for heightened efforts to strengthen the construction of intelligent transportation infrastructure, such as 5G-enabled vehicle-to-everything, or V2X systems, which support the transfer of information from a vehicle to moving parts of the traffic system as a way to improve traffic efficiency.

China has rolled out a series of policies to promote the development and commercialization of self-driving technology. In August, Baidu secured the country's first permits to charge fares for fully driverless robotaxi services — completely without human drivers in the car — in designated areas in Chongqing and Wuhan, capital of Hubei province.

The market size of China's self-driving taxi services is expected to surpass 1.3 trillion yuan ($181.6 billion) by 2030, accounting for 60% of the country's ride-hailing market by then, said a report by global consultancy IHS Markit.

Meanwhile, Baidu reported on Tuesday that its total revenue reached 32.54 billion yuan during the third quarter, up 2% year-on-year, yielding a non-GAAP net profit of 5.89 billion yuan, an increase of 16%.

So far, Baidu Apollo's autonomous vehicles have run more than 36 million kilometers, and the company has rolled out robotaxi ride-hailing services in more than 10 cities, including Beijing, Shanghai, Guangzhou and Shenzhen.