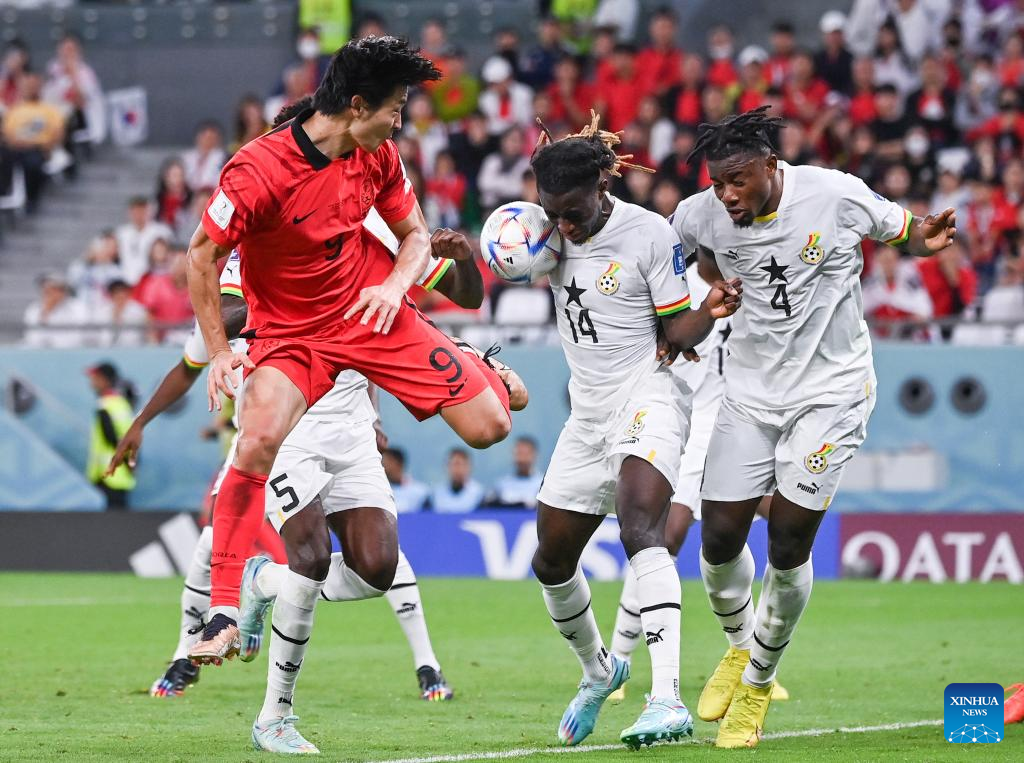 Mohammed Salisu and Kudus had

combined to give Ghana a first-half lead, but two quick second-half headers from Cho Gue-sung looked to have snatched a point for South Korea in the Group H clash. Kudus then stood out to hit the winner for Ghana.

Despite the defeat to Ghana, the South Korean fans could be proud of their team that played another brave game in the World Cup campaign.

South Korea were a better team in the opening phase, but Ghana took the lead in the 24th minute when defender Salisu scored during a chaos inside the box.

But the Asian side roared back after the break, pulling level through a quickfire double from forward Cho.

Kudus became the hero for Ghana when he struck his second from close range in the 68th minute, which sealed the victory for the Black Stars.

South Korean forward Son Heung-min, wearing a mask to protect a broken left eye socket, had only a few attempts in the box, which were all blocked by opponents.

Paulo Bento, South Korea's head coach, was handed a red card at the end of the match for complaining to the English referee Anthony Taylor that had not allowed a corner to be taken, which means the Portuguese won't be in the dugout for South Korea's final group match against Portugal.

"We totally deserved the win so we can be very, very proud of what we have done. The result wasn't fair. You can count on us for the next match," said South Korea's assistant coach Sergio Costa.

"It was emotional, ups and downs," said Ghana coach Otto Addo, who said South Korea were dominant at the beginning of the match and gave his team huge pressure after the break.

The result takes Ghana to second in Group H with three points, while South Korea have only one point, which was gained in their opening 0-0 draw against Uruguay.

South Korea are scheduled to play Portugal and Ghana are to meet Uruguay on Friday.