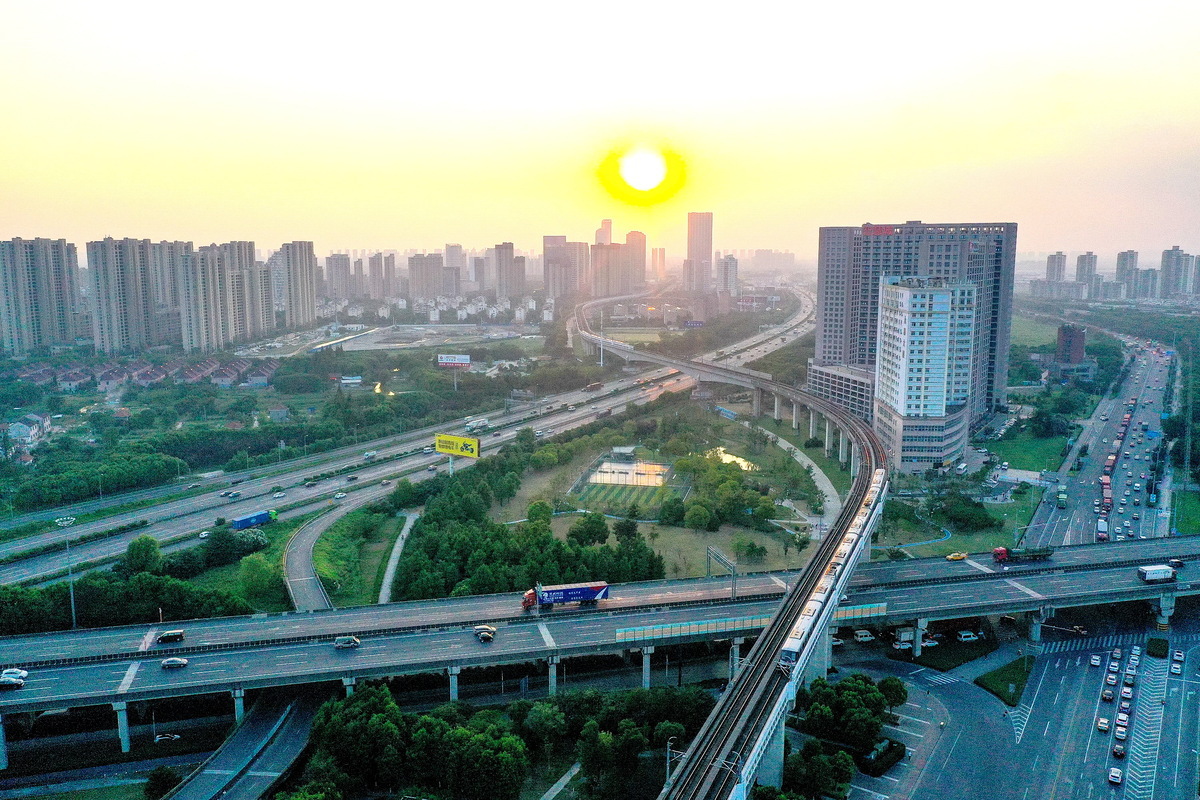 The northbound capital, which foreign investors use to trade in A shares via the stock connect program between the Shanghai, Shenzhen and Hong Kong bourses, reported a net inflow of 11 billion yuan, 7 billion of which flooded the market during morning trade.

The Nasdaq Golden Dragon Index, which tracks Chinese companies trading on US exchanges, soared 9.62 percent on Wednesday. The index spiked more than 42 percent in November, reporting the biggest monthly surge in record.

New York Stock Exchange-listed new energy vehicle maker Xpeng saw its share price surge nearly 48 percent on Wednesday, while shares of its peers, including Li Auto and Nio, were both up by about 20 percent.

The rally of Chinese equities came shortly after Fed Chairman Jerome Powell confirmed on Wednesday that smaller interest rate increases are likely ahead and could start in December.

The US stock market responded positively with Dow Jones Industrial up 2.18 percent on Wednesday while Nasdaq closed 4.41 percent higher.

Experts at Industrial Securities said the US CPI increased 7.7 percent year-on-year in October, lower than market expectations. The US bond interest rate and US dollar index have thus dropped. Against that backdrop, the negative external factors affecting the A-share market have been weakening.

Foreign capital will likely return to the Chinese market, especially as local equities are showing higher investment value, given their valuation and risk premium, they said.

Although the greenback has appreciated strongly this year amid the Fed's six rounds of interest rate hikes, the US dollar index dropped 5.02 percent in November, showing the worst monthly performance in 12 years. Data from the US Commodity Futures Trading Commission showed that short positions in the US dollar reached $1.82 billion on Nov 22, the highest since July 2021.

The renminbi has continued its uptrend that began on Tuesday. The onshore renminbi gained more than 1,000 basis points to reach 7.08 on Wednesday. It once touched 7.04 during morning trade on Thursday. The offshore renminbi's exchange rate against the US dollar, which reflects international investors' outlook on the Chinese currency, also rose by 760 basis points on Wednesday.

Ming Ming, chief economist of CITIC Securities, said the US dollar is well past its periodical peak. So, the depreciation pressure felt by the renminbi over the past few months will likely weaken gradually.

Even if the greenback shows a higher-than-expected rebound in the following months, the renminbi is unlikely to return to the low levels seen earlier this year. China's improving economic outlook, the alleviated pressure on capital outflows in the stock and bond markets, and the satisfied demand for foreign exchange settlements will all support the renminbi's value, he said.