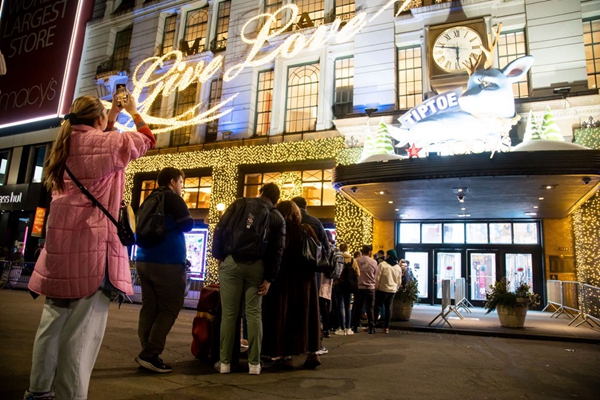 according to data released by the U.S. Commerce Department.

The data suggests that interest rate hikes by the U.S. Federal Reserve have not prevented consumers from spending, even if they must dig into their savings.

The U.S. savings rate dropped to 2.3 percent, the second lowest ever.

Spending in October was mainly driven by purchases of new autos, as well as spending on housing and food items.

"Households are heading into the holiday season in fairly good shape," said Ryan Sweet, chief U.S. economist at Oxford Economics, as quoted in Investing.com and published in Yahoo Finance.

Sweet added that "all in all, it's going to be another solid holiday shopping season, with unemployment low and wage growth still solid."

Still, many economists note that U.S. inflation remains stubbornly high, the worst in four decades, and the Fed has shown no signs of backing off of the most aggressive rate hike cycle in decades.

Many economists predict a recession in the United States for next year, albeit a mild and short-lived one.