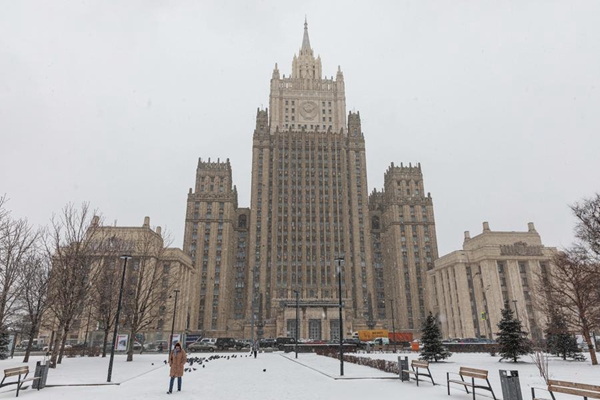 Switzerland has frozen some 7.5 billion Swiss francs (CHF, 7.9 billion U.S. dollars) in Russian assets as of Nov. 25, the country's State Secretariat for

The assets were frozen in connection with the sanctions imposed by the West following the outbreak of the Russia-Ukraine conflict. Up until June 3 of this year, 123 persons or entities had reported 7,548 business relationships to SECO with a total value of CHF 46.1 billion.

The Swiss Federal Council decided on Feb. 28 to adopt the European Union's (EU) sanctions against Russia. Simultaneously, it prohibited accepting deposits from Russian citizens or natural persons and legal entities established in Russia if the total value of the deposits per person exceeds a certain amount.

Deposits by Russian nationals or natural persons and legal entities in Russia are also exempt, provided the limit of CHF 100,000 per person is not exceeded.

According to the statement, as of Nov. 25, 15 properties held by sanctioned natural persons, companies and entities had also been frozen in Switzerland.

"The amount of frozen assets is a snapshot, and the value can fluctuate: the frozen amounts can increase if, for example, new persons are added to the list or if new assets are identified; and they can fall if assets that were frozen as a precautionary measure have to be released again once clarifications have been completed," the statement said.