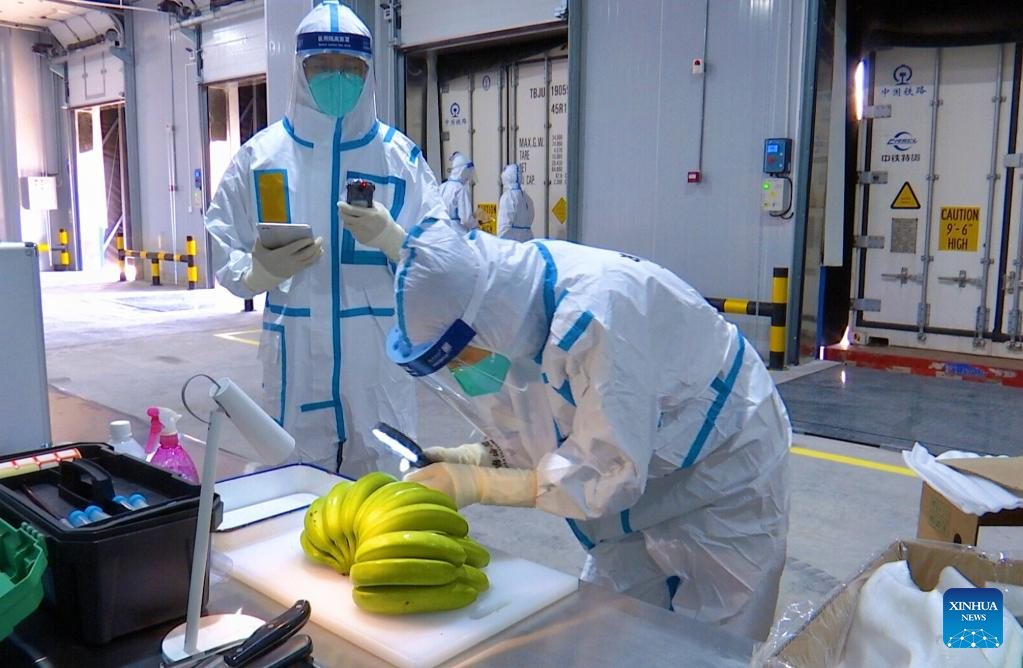 A train loaded with 25 containers of fruits from Thailand and Laos on Saturday arrived at Mohan railway station of the China-Laos Railway, southwest China's Yunnan Province.

first direct train for imported fruits to Chinese markets on the China-Laos railway, and also the first batch of imported fruits shipped all the way by rail to Mohan before being distributed across China.

According to China Railway Kunming Bureau Group Co., Ltd., the imported fruits, totaling 543 tonnes, included 351 tonnes of bananas from Laos, and 154 tonnes of longan and 38 tonnes of durian from Thailand.

The fruits, which were loaded in Vientiane, the capital of Laos, passed through the Friendship Tunnel on the China-Laos border on Dec. 1 before arriving at the Mohan railway port for inspection and quarantine. The fruits then departed from Mohan station to other destinations across the country.

The China-Laos Railway, which kicked off operation in December 2021, stretches over 1,000 km, linking Kunming, the capital of Yunnan Province, with Vientiane.

As of Dec. 2, 2022, this railway had transported a total of 8.5 million passengers and 11.2 million tonnes of cargo, and the total amount of import and export cargo checked and released by Kunming Customs had reached about 1.93 million tonnes, with the value exceeding 13.29 billion yuan (1.88 billion U.S. dollars).