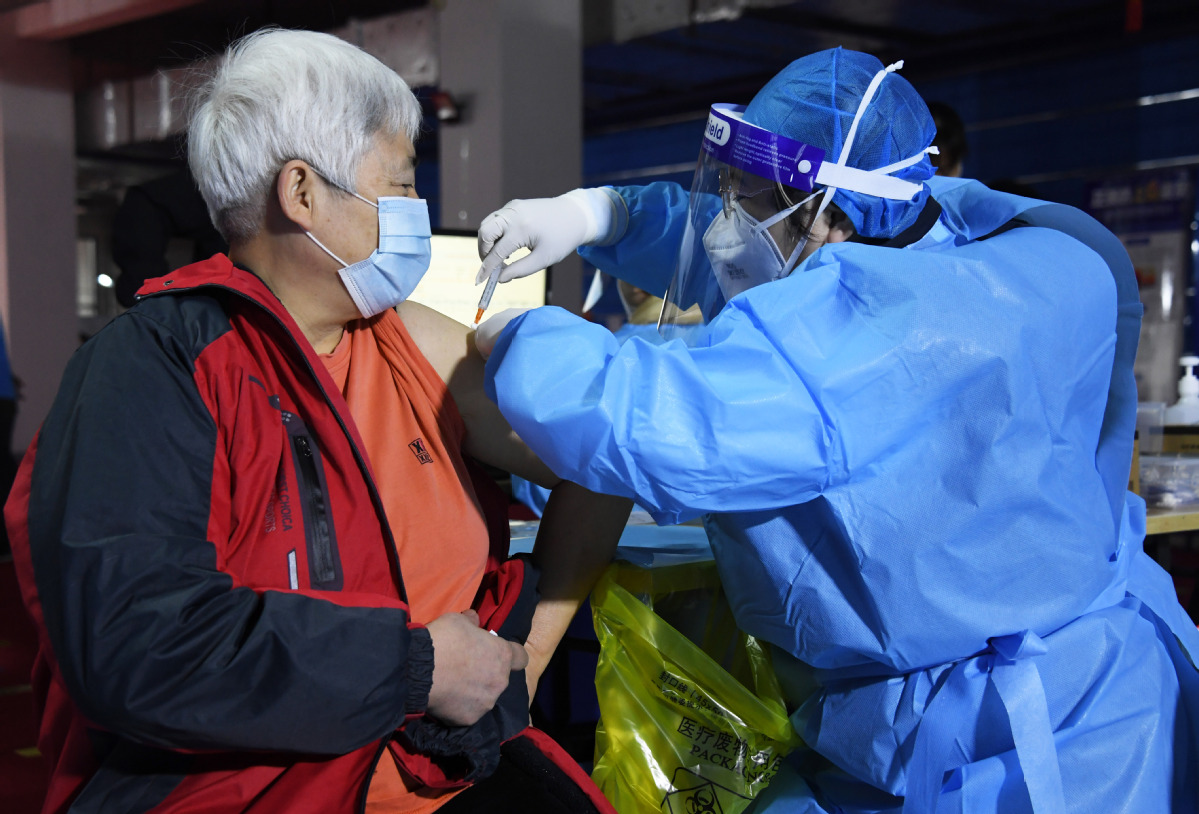 An abundance of data has shown that domestic COVID-19 vaccines are safe and effective for the elderly and other vulnerable groups, drugmakers have said, as experts reiterated the importance of expanding

immunization coverage in order to cope with the epidemic.

China National Biotech Group, a subsidiary of Sinopharm, said over the weekend that about 3.4 billion doses of its inactivated COVID-19 vaccines have been delivered worldwide. Its widespread use has enabled scientists to collect a great amount of data to validate its safety and efficacy.

In real-world studies in seven countries, including Argentina, Hungary and Sri Lanka, Sinopharm vaccines have shown good protection. For instance, a study monitoring protection three months after full vaccination in the United Arab Emirates has shown that the shot is 85 percent effective against severe symptoms and 80.1 percent effective against death among those aged 60 and above.

The company added that a number of studies rolled out among patients with high blood pressure, diabetes, cancer, hepatitis B and HIV/AIDS also found no significant change to the rate of adverse effects, reaffirming its safety.

Zhang Wenhong, head of the infectious disease department at Shanghai Huashan Hospital Affiliated to Fudan University, said that based on data from the outbreak in Shanghai earlier this year, COVID-19 vaccines offer significant protection for the elderly who are at high risk of developing serious illness.

In addition to old age, chronic kidney disease, heart disease and tumors can also make COVID-19 patients more susceptible to severe symptoms, he said on Saturday during the 2022 Medical Virology Conference of the Chinese Medical Association, which was held online.

Xia Gang, an official with the National Administration of Disease Prevention and Control, said that the unvaccinated elderly usually have concerns about adverse reactions to vaccinations or falsely believe that they are at low risk of contracting the virus by staying at home. Those with disabilities may have also found it inconvenient to get vaccinated.

Xia said that the first and foremost task now is to spread the importance of getting vaccinated in the public. "The elderly often suffer from chronic diseases and are at high risk of developing severe or critical illnesses or dying, so they benefit the most from being vaccinated," he said during an interview with Xinhua News Agency on Friday.