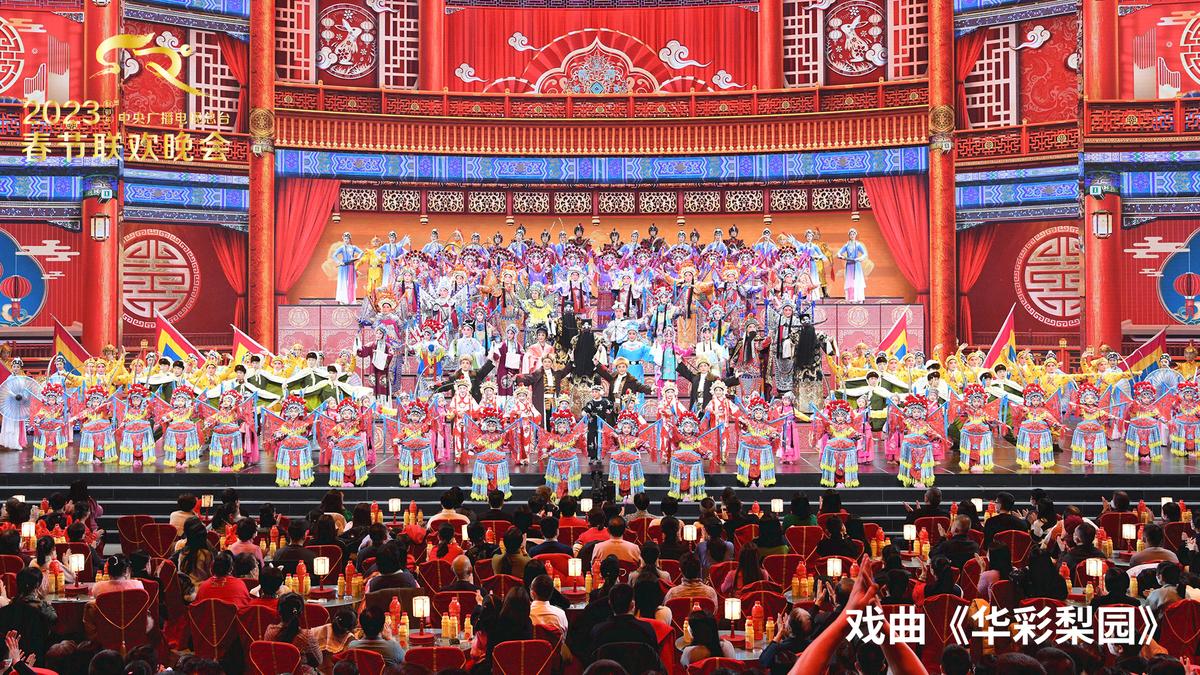 On Saturday, the annual CCTV Spring Festival Gala was successfully held, offering a unique and warm cultural feast for Chinese people across the world.

This year marks the tenth anniversary of the proposal of the Belt and Road Initiative. A highlight of the gala was one which artists from countries along the Belt and Road were invited to join Chinese musicians and perform classical songs of their countries, showing the joy and happiness brought by music between civilizations.

According to statistics released by China Media Group, as of 12pm on Saturday, the average ratings of the live gala, watched on TV, reached 20.23 percent. Nearly 655 million people watched it on a new media platform, an increase of 47.7 percent compared with last year. The English, Spanish, French, Arabian and Russian channels of China Global Television Network (CGTN) have made more than 500 reports on the gala, and they have been read more than 222 million times. Related videos have achieved more than 36 million views. For example, Japanese video platform Niconico has reported on the gala for the eighth time consecutively, attracting 124,000 people, and 93 percent of them praised the show.

Online audience comments include "I was moved by the music", "Creative performances delighted my eyes and made me grow my love for traditional Chinese culture", and "Each frame of the dancing performance was brilliant".