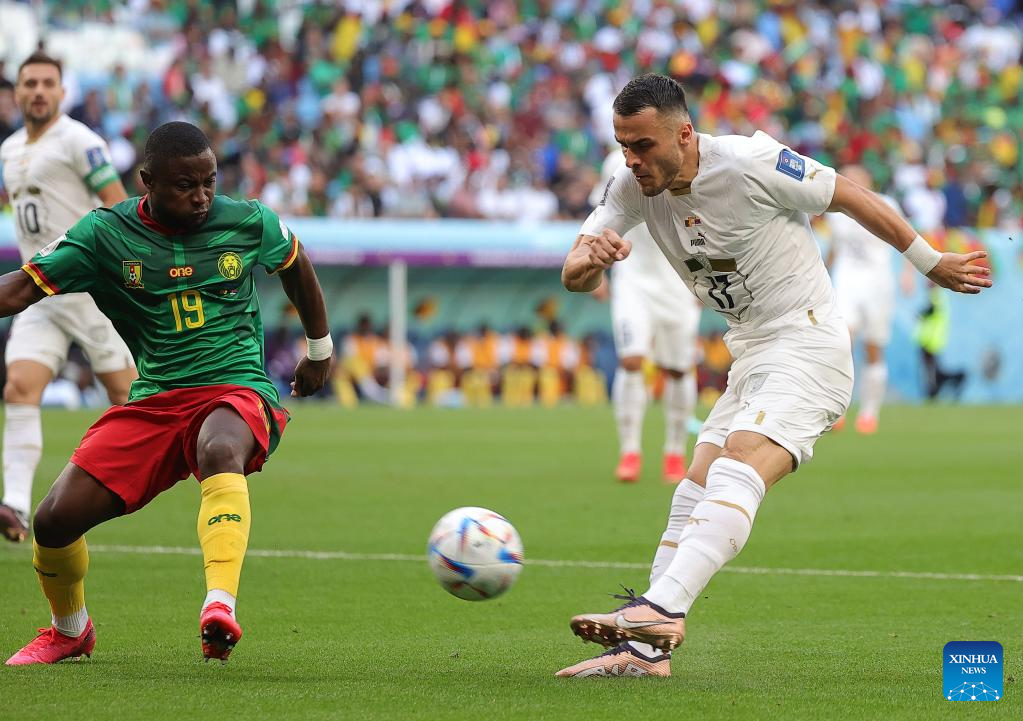 last 16 at the FIFA World Cup in Qatar.


On a sunny afternoon, Jean-Charles Castelletto tapped home from close range to open the scoring in the 29th minute when the unmarked Cameroon defender seized the chance to gift his first goal for his country after a corner from the left.

Serbia turned the game around thanks to two quick goals in first-half stoppage time.

Strahinja Pavlovic rose above the defenders to deliver a powerful header into the corner after the free-kick was lofted into the box, leveling the score at 1-1 and cheering supporters at the Al Janoub Stadium.

Serbian playmaker Sergej Milinkovic-Savic struck a low shot two minutes later to boost his side with a comfortable 2-1 lead at half time.

Eight minutes after the restart, Aleksandar Mitrovic, the central forward in a 3-4-2-1 formation, who also hit post for Serbia in the first half, delivered a tap-in to make it 3-1 after fluent short passes from teammates.

Cameroon, seeking the first victory at the World Cup finals since 2002, responded with courage and efficient counterattack.

Vincent Aboubakar delivered a lob to ease the pressure in the 63rd minute and ran in space to lay the ball across from the right for Eric Maxim Choupo-Moting to tap home three minutes later.